Beginning his martial arts training in 1975 along with a coaching background starting in 1982, Craig Gemeiner has provided demonstrations, lectures, and workshops to various martial arts academies, educational institutions , major promotional events and stunt groups in preparation for major movies.

Gemeiner specializes in the study of traditional Western fighting arts, particularly Savate and its associated disciplines, and adapting them to modern use. He is one of few instructors in the world teaching ‘Defense dans la Rue’ , a system of self-defense developed in Paris during the late 1800s and has given seminars in Australia, Japan, USA, New Zealand and Italy. 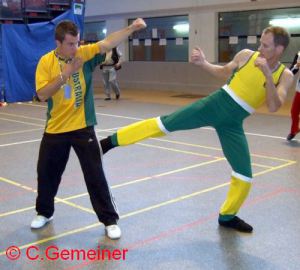 He is an instructor of

Craig was a founding member of the Australian Savate Federation Inc (ASF) recognized by the Federation Internationale de Savate (FIS), and served as its first president and technical director from 2002 through to 2009. In conjunction with the ASF Craig assisted in organizing Australia’s first ever Savate competitions, these included the 2005 Asia Pacific Championships (recognized by the FIS)  and the 2009 Gold Coast Invitational Savate competition. In 2005 he won the Asian Pacific Savate Championships in the 65kg-70kg division, and in 2008 Craig captained the first Australian team to compete at the World Savate Assaut Championships in Paris.

He has competed in full contact martial arts, fencing, boxing, kickboxing and Savate. 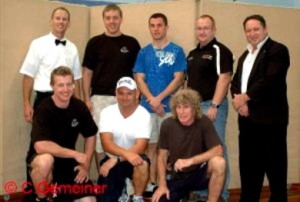 Since 2000 Craig has released a number of ground breaking Savate DVDs and articles. He has written articles for such magazines as  Bujitsu international, English Fighters, New Zealand Fight Times, Australiasian Blitz,  Japan based cultural martial arts magazine “Hiden” and Black Belt magazine , and was also featured as author of month by Paladin press.com. 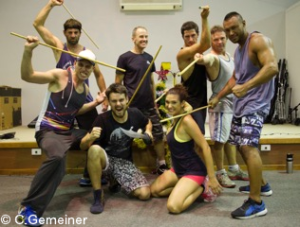 While maintaining a passion for teaching, Craig remains a student at heart, and seeks out experienced instructors in order to receive formal training in specialized fighting systems. Since 2010 he has been a student of Catch as Catch Can wrestling under the aspects of UWF Snake Pit Japan.